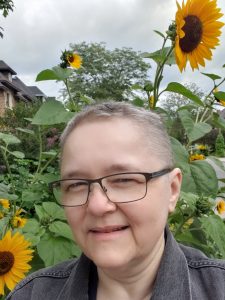 Ash (Aisha) Geissinger is an Associate Professor at Carleton University, Canada. Geissinger’s research is located at the intersection of the study of the Qur’an and its exegesis, the Hadith literature and hadith commentaries, and gender. Their book, Gender and Muslim Constructions of Exegetical Authority: A Rereading of the Classical Genre of Qurʾān Commentary (Brill, 2015) is the first monograph-length critical study of the textual functions of exegetical materials attributed to women which are often quoted in classical Qur’an commentaries. It argues for and models a new approach to studying Qur’an commentaries which utilizes gender as an analytical lens.