Call for papers for Conference of the Wolfenbüttel Arbeitskreis Frühneuzeitforschung in 2023 (July 12–14, 2023)

Proposals (title, potential section reference, 300-word abstract) from all disciplines with a reference to the early modern epoch should be sent by July 31, 2022 to forschung@hab.de.

The symposium intends to address the practice of commenting as a cultural technique in its various thematic, medial and historical aspects. This comprises, but is by no means restricted to, the specific text type of the ‘commentary’. Long before manifesting itself in philological and other types of commentary, the practice of commenting can be seen as a basic anthropological activity. Man/woman seems to be the commenting animal. Man/woman’s relation to the world and the self has always been mediated through language, hence has been dependent on language which, in its arbitrariness and openness to misunderstandings, is characterized by negativity and, consequently, has to be continuously supplemented. When Rilke in his first Duinese elegy speaks of us humans as “groping animals” that “realize that we are not all too reliably at home | in the interpreted world”, he focuses the beginning of a practice of commenting, continuously accompanying mankind in a gesture of compensation for the need of having to rely on the arbitrariness of language to make up for the lack of an immediate understanding. Even language accquisition, a child’s successive introduction to the world as mediated through language, can be seen as taking place through a continuous complementation of what is given by the child’s partners in dialogue, with its reference on the one hand being on the facts of the surrounding world but, on the other hand, even more so on language itself. This dialogical commenting of the world in the process of acquiring language unfolds as an activity of contextualizing facts and expressions, and it establishes norms.

END_OF_DOCUMENT_TOKEN_TO_BE_REPLACED 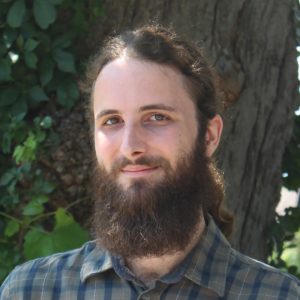 For my dissertation, I am working on the German ‘Heldenbuch’ (Book of Heroes) prints and their manuscript predecessors from the 15th and 16th centuries. They continue a literary tradition that has its earliest roots in oral storytelling from the Early Middle Ages, and these roots are reflected both in the archaic form and the contents of the ‘Heldenbuch’ texts. In consequence, they provide rich material for questions concerning transmission and canon formation, the dissemination of printed literature in Early Modern Germany, the aesthetics of reception, and the materiality of texts.